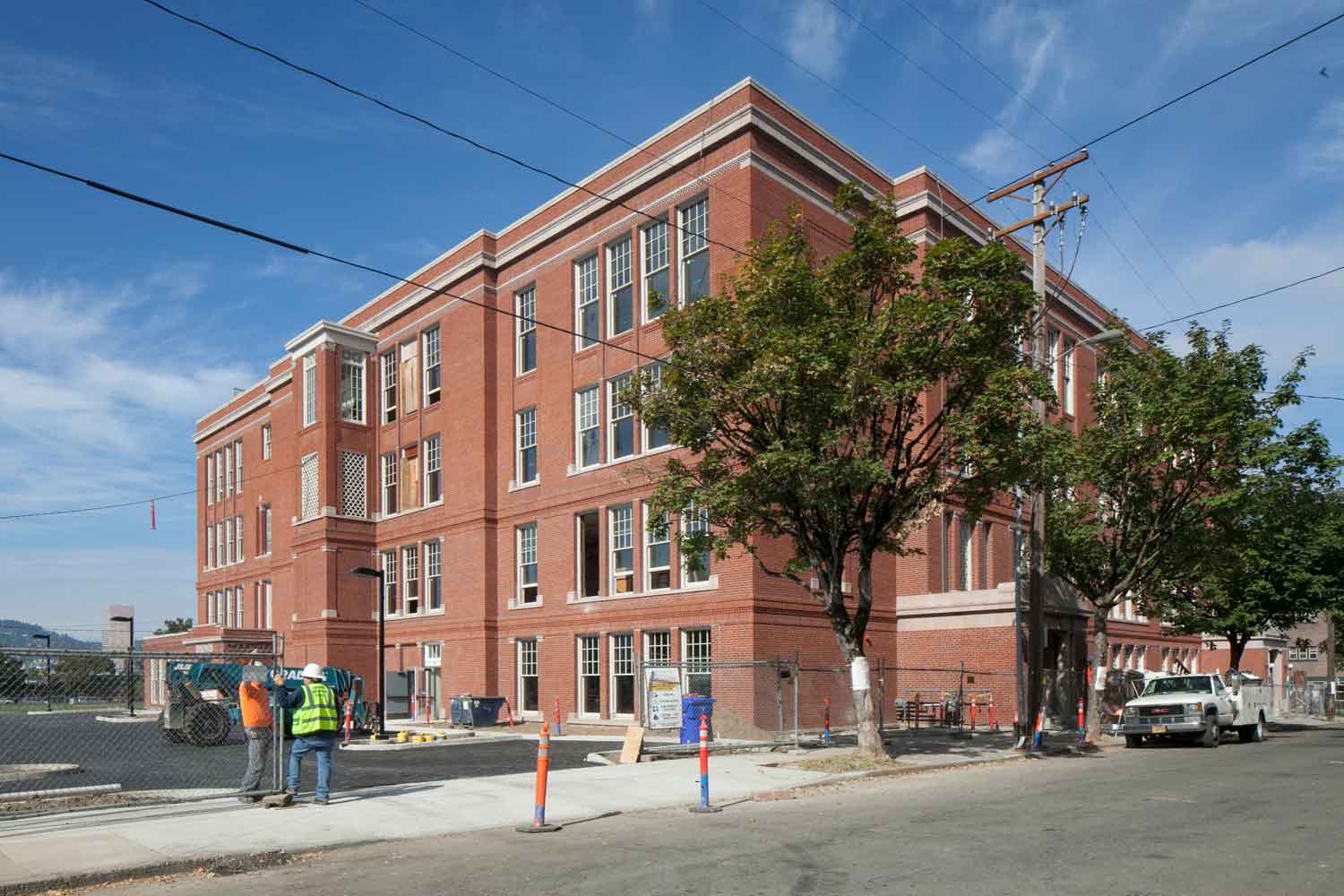 Elliot Njus with the Oregonian wrote the following article on New Season Market’s announcement of their move to Washington High School. Here is the article the Oregonian ran along with links to other media stories.

New Seasons Market has signed on as the anchor office tenant for the renovated Washington High School in Southeast Portland.

The Portland-based grocery chain will move its administrative offices into the shuttered school at Southeast 14th Avenue and Stark Street, which Portland   Public Schools sold to Venerable Properties for redevelopment in 2013.

With 33,000 of the school’s 80,000 rentable square feet, New Seasons will be the largest tenant. The building is about 60 percent pre-leased, said Craig Kelly, Venerable’s president.

Earlier this year, digital marketing agency Copious Creative Inc. signed a leased for 10,500 square feet. Other smaller tenants have signed leases for spaces in the school, many of them former classrooms.

“I’ve been surprised by the demand from office users,” Kelly said. “I knew the building would be very sought after, but I thought we’d have more smaller tenants.”

Office tenants will also have access to common areas in the hallways, unusually wide for an office building, and to conferences rooms and a rooftop deck, which will also be available for private events.

Some of the small offices will be available as soon as January. New Seasons plans to move in next spring.

“Our move to Washington High School aligns perfectly with our mission, values and business needs,” said New Seasons CEO Wendy Collie in a statement. “It helps revitalize a vacant building and reuses an existing resource, it is centrally located in the vibrant Buckman neighborhood, and it offers a great creative work environment.”

Venerable is also nearing a lease for the school’s auditorium, which would be operated as an entertainment venue.

The renovation also added retail storefronts to the school. Kelly said his firm hopes to attract at least one restaurant tenant.

Washington High opened 1924 and operated as a high school until 1981, and it had been used on a temporary basis from time to time since. Venerable paid $2 million for the site and planned a $17-$18 million renovation with investment partner PacTrust.

Check out other coverage of the announcement.